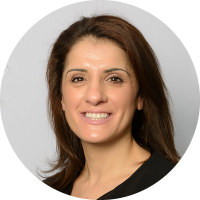 Congratulations to Sarah Rowe, a newly qualified solicitor in our Doncaster office for winning an important case in the Court of Appeal.

Sarah called me a week last Thursday to tell me that an injustice may have just occurred due to a judge’s behaviour in court. That was a new one on me after more than 10 years practising law!

The case was an interim care order application, where Doncaster Council were wanting to keep two children in care and Sarah’s client, the mother, wanted them to return home. I spoke with the mother’s barrister and it was clear that the case had not been conducted properly by the judge and the barrister had barely been allowed to get a word in.

So it was off to the Court of Appeal where on Thursday, Lord Justice Peter Jackson and Mr Justice Moor set the judge’s order aside.

The Court of Appeal decision has to be read to get the full horror of the unfairness of what went on:-

but the Court of Appeal’s comments:-

‘Before [the mother’s barrister] could even manage to tell the judge that his instructions were to contest the order she told him that "… if it is heard today I shall certainly make findings that your client will be stuck with.”’

‘When [the mother’s barrister] attempted to put a small part of his client's factual case, he was met with derision: "Oh, nonsense"; "preposterous proposition you're putting to me, it'll fall on deaf ears.”’

give some idea of how badly the mother was treated.

The case is already attracting attention from legal commentators