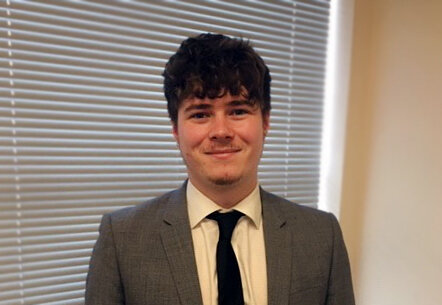 The Civil Contingencies Act came into force in 2004 and allows the UK government to make last minute, short term and drastic legislative changes on an unprecedented scale. It requires for organisation in the health system; including local authorities and NHS bodies, to prepare for potentially life changing events and incidents.

The Act then goes on to give a comprehensive list of what is classed as an event or situation threating damage to human welfare, including; loss of human life, illness or injury, homelessness, damage to property, disruption of a supply of money, food, water, energy or fuel, disruption of a system of communication, disruption of facilities for transport or disruption of services relating to health.

Under s5 of the Act, a minister of the Crown can perform a function in order to; prevent the emergency, reduce, control or mitigate its effects or take other action in connection with the emergency.

Why do we need it?

The Civil Contingencies Act was passed post-September 11th in an anti-terrorism focused world where the Government sought to strengthen the UK’s ability to handle large scale events to match the level of the terrorist attack on the World Trade Centre in America. The requirement for some form of emergency legislation had been in place for a significant time. The predecessors of the Civil Contingencies Act are the Emergency Powers Act 1920 designed to deal with industrial unrest in the aftermath of the Great War and Bolshevik Revolution and the Civil Defence Act 1948 which adapted Second World War emergency powers to the threat of nuclear conflict.

The 2004 Act came into force amidst criticisms from experts who warned the previous contingency plans were lacking in capability and scope to deal with a major threat. The government therefore saw the Civil Contingencies Act as a way of “delivering a single framework for civil protection in the United Kingdom capable of meeting the challenges of the twenty-first century”*.

When will it be used?

So, when will the 2004 Act be used? Due to the outbreak of Covid-19 across Europe and parts of the world, countries are taking action on a huge scale; Spain have announced a state of emergency, the US have placed travel bans on their residents, France has closed all restaurants and bars, Italy has its cities in lockdown and Germany has closed its boarders. The UK government comparatively have been less severe in their response; however, this could be set to change by the end of the week as Boris Johnson prepares to deliver a new set of emergency laws that could go as far as to affect the daily lives of British citizens. By declaring a state of emergency through the Civil Contingencies Act, the government would have the power to create new laws imposing restrictions on both the public but also public systems such as the NHS. Whilst it is unclear what exactly will change, reports have circulated of potential quarantine of the elderly, the closing of educational institutions, prisoner release if infected, the closure of bars and restaurants, travel bans and even arrests of people infected.

With this in mind it’s important to be prepared for a shift in lifestyle due to the power and weight this legislation has behind it. Sills & Betteridge will post further blogs on any legal changes as they are published.

Callum Ward is is a Law student currently on a work experience placement with Andrew Kerrigan who is a partner in the Crime Department and specialises in Regulatory and Compliance Law.