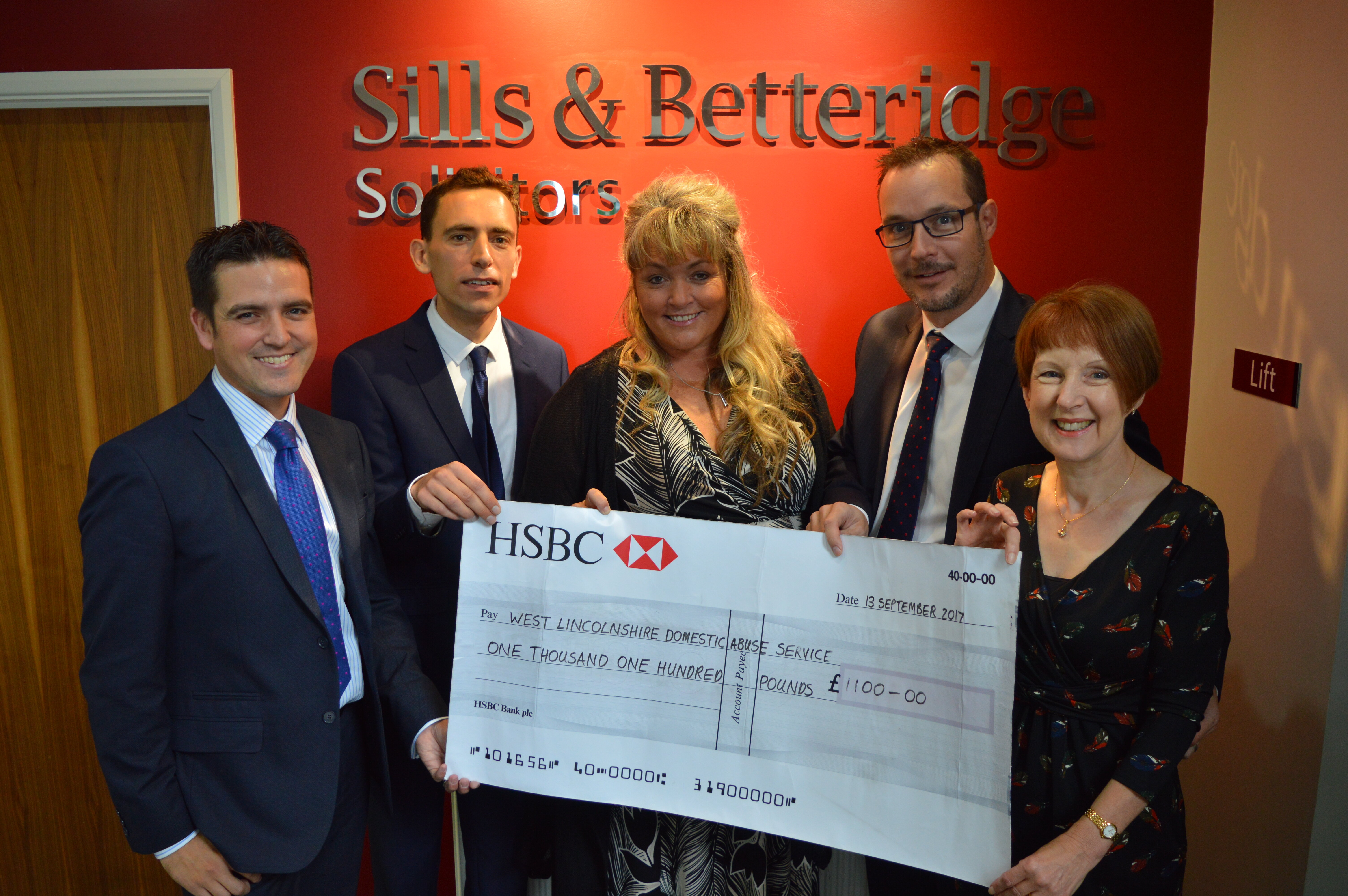 In May 2017, a number of organisations selected by HSBC including customers, local solicitors and accountants competed in their annual charity football tournament at Sincil Bank.

Funds raised by the tournament and HSBC’s generous fund matching totalled £1100 and Sills & Betteridge, as winners, were allowed to choose which charity should receive the money.

Jenny Lowe of Sills & Betteridge explained why they chose the West Lincolnshire Domestic Abuse Service. “WLDAS provide a critical service to those affected by Domestic Abuse in West Lincs, but like many charities, they face relentless funding cuts which leave the service’s future uncertain and those at risk vulnerable. We therefore wanted to support them with this fantastic amount and would like to thank HSBC for making it possible”.

Jane of WLDAS (pictured) said “It was such a lovely surprise. WLDAS are honoured that Sills & Betteridge chose our charity as the beneficiaries. This is a large amount of money for us, and it could not have come at a better time. Some of the money will be used in replacing and modernising the communal lounge area at the refuge, it is paramount that clients are welcomed into a warm, comforting friendly atmosphere, which aids their first steps to recovery and their own well being. WLDAS are overjoyed with the generosity and want to thank both Sills & Betteridge and HSBC for fund matching this donation“.