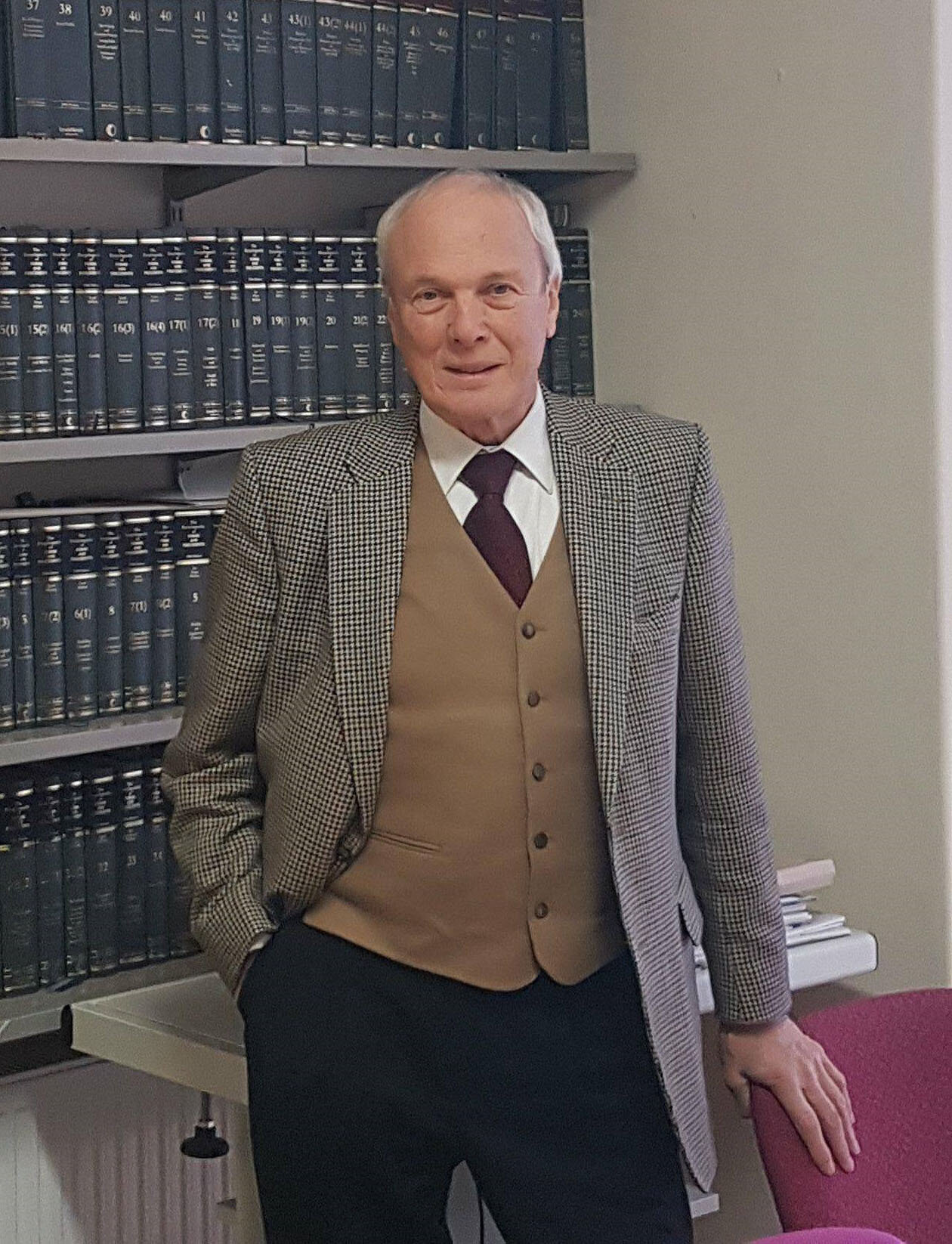 Richard Tinn, qualified on 13 November 1967 – a year highlighted by many events. It was the height of the Vietnam war, BBC Radio Leicester became the first of eight local radio stations to broadcast in VHF, Bee Gees singer Robin Gibb survived the Hither Green Rail crash and Paul Newman starred in the release of the hit film, Cool Hand Luke….

As he prepares to celebrate his 50th anniversary as a legal adviser, Richard, now a partner with East Midlands law firm Sills & Betteridge, reflects on his career and the changes that have taken place within the profession.

“I commenced my articles on the 13th November 1967 with Grocock and Staniland, a firm based in Boston that merged in 1986 to become a firm that is now known as Ringrose Law. Although I was articled to Ray Ringrose most of my training was with Norman McClement. I was paid the princely sum of £3.00 a week, which is the equivalent of £2,900 a year at today’s value, but in those days £3.00 went a long way.  Particularly when you consider the average annual salary was £830, a loaf of bread cost 7p, and you could buy a house for £3000.”

“Next came lots of hard study. I started my Legal Practice Course (LPC) and attended The College of Law at Guildford. I passed the first four session exams in part 1, but failed the next two (as a result of enjoying being 21 too much and my coming of age!). Thankfully I was able to retake these exams and progress to Part 2. This time I passed all but property law, which I retook at the same time as the accountancy exam and passed both.

Five years later, I qualified as a solicitor in July 1972, and became a partner of Grocock & Staniland 1st May 1973.

In 1986, following the merger, Ray Ringrose was bought out and we changed the name of the firm to Ringrose & Co. At that time, aged about 30, I became senior partner. This was my first taste of having to make serious business decisions about who should be partners and have equity in our new practice. As a firm of young guns – looking back we perhaps lacked in legal maturity - but we did not let that derail our plans for expansion. Shortly thereafter, we merged with Frost & Gunning and Marc Gunning took the helm as senior partner.

Sadly, Marc died in 1989 and once again I became senior partner. Ten years later, at the age of 50, I decided to try my hand as a sole practitioner, and founded my own firm, Richard Tinn and Co, which was acquired by Sills & Betteridge in October 2011. For the first time since 30th April 1973, I become an employee again!

There are some memories that stand out over the last 50 years.

When we were permitted to advertise, wiser and older solicitors forecasted that it would be the death knell of the profession as we then knew it. Little could we ever envisage the rise of the “where there’s blame there’s a claim culture’ or ever having the ability to google information on legal precedents!”

Another highlight that I remember distinctly is when Baroness Helena Kennedy, prior to her becoming a baroness in 1997 (she was merely, a humble QC at the time) stated at the Law Society conference in Brussels, that we must adopt human rights legislation. Another wiser and older solicitor (not me) commented that you cannot enjoy rights without accepting that you also have responsibilities.

And some principles that I’ve learned along the way……

Having now run my own practice, and appreciated the importance of having clients paying my mortgage, I no longer become annoyed, as I was once prone to do as a clerk doing my articles, when clients expected me to be available whenever they needed me.

I realised then, and to this day I preach this to all young lawyers, that there is only one professional rule that needs to be observed, and that is that you always put the client’s interest before your own.

I’ve also appreciated the aphorism “Act in haste, repent at leisure.” As I’ve got older and somewhat wiser, I have learned that if someone sends you a grotty letter or email, by all means prepare a reply but do not send it off until the following day. The likelihood is that by then you will have calmed down and will respond in a more objective manner.

Another valuable lesson I learned as an equity partner is that the people who work for you and with you, whilst having less responsibility than you for the running of the business, are no less important to the business than you.

Finally, if you make a mistake, tell the client as soon as is possible, but be positive in how you are going to deal with it.

And last but not least…….my take on the profession today?

Whilst many firms may have tried to package the provision of legal advice into ‘products’ clients can buy at a fixed price or even on-line, we should never forget that however much technology may streamline processes and reduce cost, we are still a service industry. We are respected and paid for our advice. It is not just what we do, but how we do it that matters. The more we get to know our clients and treat them as our extended family, the easier and more willingly they will turn to us as their legal adviser for advice when in a time of need.

The trusted adviser status may well be everyone’s desire, but it is still very much the holy grail all firms should seek to retain, regardless of how much the Internet of things may threaten to alter our business models and the future of the profession.