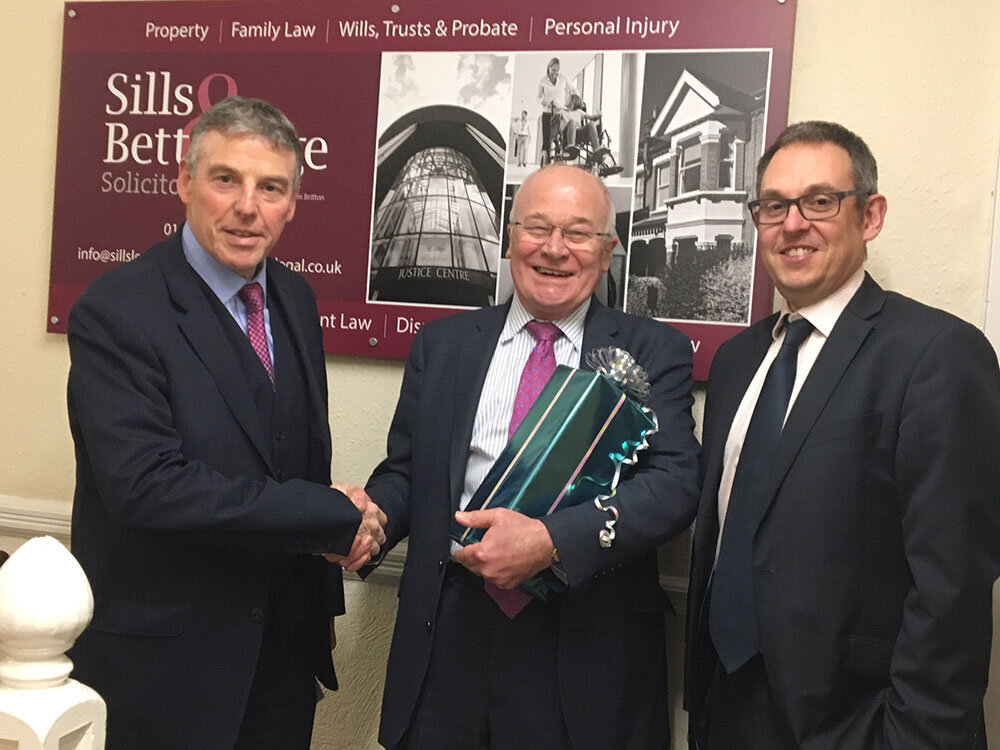 After graduating from Sheffield University, Duncan became an Articled Clerk (trainee) with the old established Nottingham firm of Richards & Flewitt. On his admission to the Roll of Solicitors in 1972, he worked in Loughborough to gain general experience of legal practice.

In 1975, he founded his own firm in Nottingham called Cruickshank, Bird and MacLaren which became MacLaren Britton in 1992. The firm merged with Sills & Betteridge in October 2013.

Duncan’s first love has always been property work, but latterly he concentrated his expertise on Wills and Probate. Along the way, he has been a founder and active member of the Nottinghamshire Law Society Elderly Persons Committee, a member of the local Rotary Club, becoming its president in 1986, and is also a past Chairman of the Parish Council of the village in which he lives. Duncan is also a lifelong season ticket holder with Nottingham Forest.

Commenting on his retirement, Duncan said, “Throughout my career, my raison d'etre has always been to treat clients and colleagues as I would like to be treated myself. Consequently I have always enjoyed my work, but after 50 years it is time to hand over the reins to the next generation of leadership as I look forward to having more time to spend on my personal interests.”

The Nottingham office is currently based on King Street in Nottingham, but will move to new offices on George Street in February 2020, which will be headed by employment law partner, Steve Britton.

Commenting, Steve Britton added, “Duncan has always been a stalwart of the belief that the purpose of a lawyer is to provide effective advice and assistance at a cost which is reasonable and apposite. As a founding member of the Nottingham office these values will remain a lasting legacy and a reflection of Duncan’s reputation as a well-respected lawyer and true gentlemen.”

In his retirement, Duncan anticipates an element of adjustment to new routines and is expecting an era of blissful domestic tasks from his wife Julie, but he also hopes these will be interspersed with long walks and occasional travel!