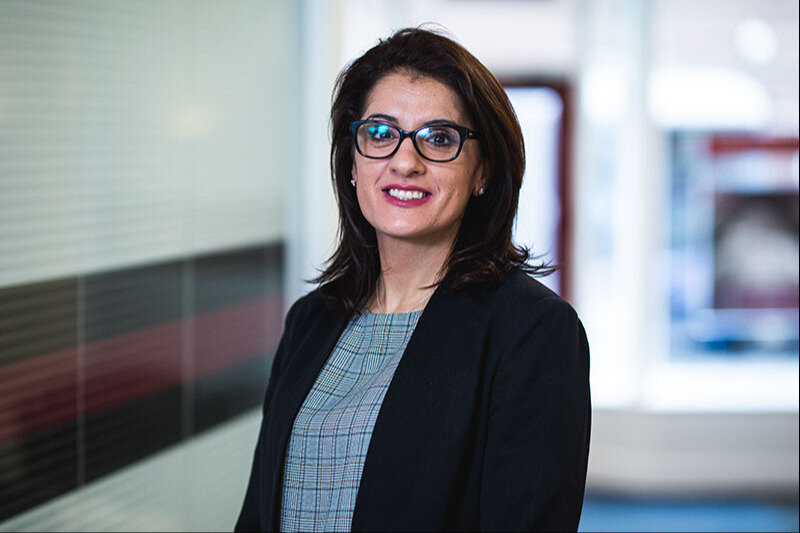 I consider myself really fortunate to be able to deal with so many varied cases in the work that I do. I am passionate about helping families and children who find themselves in difficulties with Childrens Services.

As part of the Emergency Team we deal with some complicated Childrens Services cases, where sadly children are taken into care for various reasons.

I think one of the most memorable cases I have been involved in is when I was called one Friday last December around 5pm from the Local Authority to say that a child was severely poorly in hospital. He had been taken to Nottingham QMC, he was on life support in ICU. He was 2 years old. I was told ‘this is one of the saddest cases we have had’. I knew immediately that it was bad.

I was instructed by the father, Peter. He hadn’t seen his son for 6 months. The mother had entered into a relationship with Mark. Mark was controlling and coercive. He didn’t like my client seeing his son, Finlay. He was physically and emotionally abusive towards the mother. Mark stopped her from allowing Peter from seeing his child. Peter was unable to access legal advice and hoped that the mother would change her mind. He went to the house to give her maintenance and things for Finlay but every time he went he was told he was sleeping.

My client got a call from the social worker that Friday evening to say that he had to be in court first thing Monday morning. When we arrived at court, we were told that Finlay had a 6.2 laceration to the liver, multiple fractures ribs, bruising, fractured skull, and that he may not make it.

This case really hit a chord with me because I also have a young son who is the same age. What followed was thousands of pages of evidence, phone records, police disclosure and medical evidence that we had to go through and ensure everything was read so that my client knew the full extent to what happened to his son.

Finlay spent that Christmas alone in hospital surrounded only by the nurses who cared for him. As a result of an operation he had to have to mend the laceration to the liver, he could not walk because the scar across his torso had to heal. My team sent a big box of wrapped presents for him which we were told he sat on his bed and opened them all.

Thankfully Finlay, after 3 weeks, came out of intensive care. We were told by a paediatrician of 25 years experience that he had never seen a child with such a sad sad look on his face. I was determined to get the right result for my client who wanted nothing more than to take his son home and care for him. However, this was a very sensitive situation and Finlay had to have a safe and stable home.

Finlay was discharged from hospital into Local Authority foster care where he was very well taken care of. He really bonded with his foster carers who were amazing with him. Over the months that followed, Finlay and my client re-established their relationship. My client was having very regularly contact every other day with his son. They were observed to have a very close bond and after having a number of assessments my client was assessed as being positively able to care for his child and provide a good loving home for him.

The injuries that happened to Finlay were beyond my client’s control. He was prevented from seeing his son who we discovered went effectively unseen in the community. This is because he was covered in bruises and had black eyes from the beatings his mother’s partner gave him. If his mother hadn’t have taken him to the GP twice that day, Finlay would not be here today. He was the victim of severe physical and emotional abuse perpetrated by his mother’s partner. His mother was also a victim and too scared to stand up to the bully who was now controlling every aspect of her life.

However, Finlay is here and he is a beautiful, bright little boy with a good future ahead of him. He is safe with his father and his father’s family, where he should be.

This case was a difficult one because when you have children yourself, especially the same age, its difficult to see videos and pictures of a child being mistreated. However, the team is passionate about helping children and when your passion for ensuring the right result exceeds your own personal/ill feeling towards the reality of what you are doing, it drives you to do more for more families and children out there who deserve justice is done.

So why I have decided to tell you about this case? Because this is a classic case where a woman is mistreated by her partner. Where the abuse is gradual over time it becomes more serious and then the abuse turns on the child. Children are victims of domestic abuse as much as the adult victim. Whether a child sees it, hears it or experiences it physically, the reality is that they too are victims and we all have a duty to help protect those who are the most vulnerable in our society.

Names, and some events, have been changed to protect confidentiality.